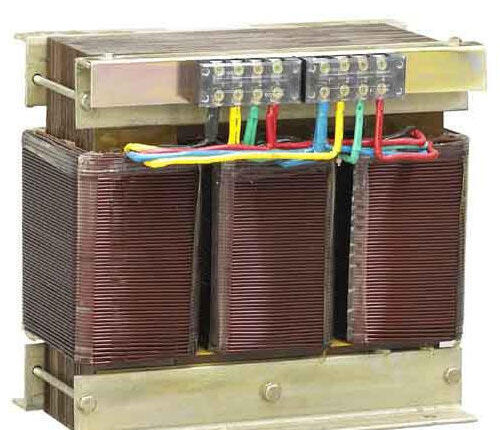 Transformers are a vital part of our everyday lives, but how do they work? A transformer is a device that transfers electrical energy between two or more circuits through electromagnetic induction. Transformers are used to change the voltage and current in an electrical circuit.

The most common type of transformer is the iron core transformer, which uses an iron core to transform the electrical energy. This article takes you through the basics of transformers and how they work with iron cores. It’s a fascinating process that is at the heart of some of our most important technology!

Deep in the heart of a power plant, an iron core transformer meticulously transforms giant pulses of electricity into the refined AC current that powers our homes and businesses. But how does this amazing machine work?

At the center of the transformer is a massive iron core. This core is composed of thin layers of iron stacked on top of each other. The number of layers and the thickness of each layer depends on the specific transformer. The iron core is essential to the function of the transformer because it provides a pathway for the magnetic flux to flow.

The Basics of Transformers

In fact, transformers are so efficient that they are used to increase the voltage of electricity before it is sent long distances through power lines. They are also used in many electronic devices, such as radios and television sets, to change the voltage of alternating current so that it can be used safely.

How Transformers Work with Iron Cores

Iron cores are a vital component of transformers. They help to create the magnetic fields that are necessary for power transformation. Simply put, transformers work by using electromagnetic induction to convert between AC and DC voltage.

Iron cores help improve the efficiency of this process by providing a better pathway for the magnetic flux. They also help to reduce eddy current losses. In fact, iron cores are so important that most commercial transformers are made with them.

Iron cores come in a variety of shapes and sizes, and they can be either air-cooled or water-cooled. The choice of iron core depends on the specific application. But one thing is for sure: without an iron core, a transformer would not be able to function.

The Fascinating Process of Transformers

Iron cores are an essential part of transformers. By magnetizing these cores, they can store large amounts of energy in the form of magnetic fields. When the current flowing through the coils is changed, it induces a current in the iron core, which in turn creates a magnetic field.

This process is what allows transformers to increase or decrease the voltage of an electrical signal. Additionally, the number of turns in the coils can also be varied to further control the output voltage. Iron cores are thus a crucial piece of equipment in transformer operation.

Learn More About Solar Power and How it Can Benefit You

How to Prevent Industrial Downtime

What are Professional Shears and What Do They Do